In The Footsteps of Soldiers 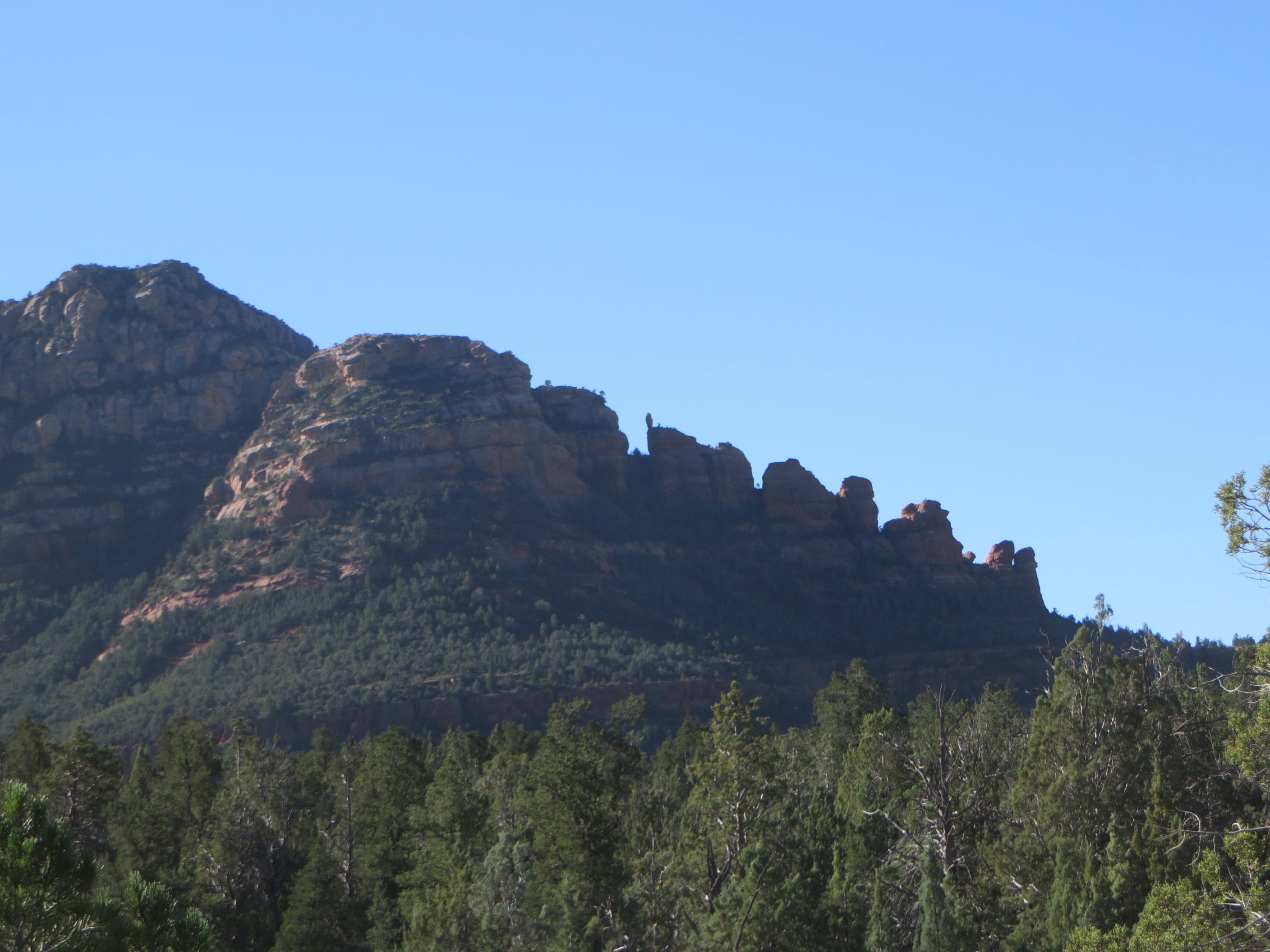 In The Footsteps of Soldiers

An eager group of Sedona Westerners meets up at 8AM at the Posse Grounds to set off for the Soldiers Pass Trailhead. The day's hike is one of the more challenging hikes in the Dogies (Tuesday hike group) schedule.  Named for the summer camp for soldiers coming north from Camp Verde, Soldiers’ Wash affords an uphill climb that provides a workout at the start of the 7.3-mile hike.  Tom Yager, hike leader, sets the group off at a lively pace, and tailgater Don Kling requests a pause for the occasional clothing adjustment as the day heats up.

The hike is designed to provide a unique variety of landscapes.  At the outset, the trail passes through Soldiers' Wash, the Devil's Kitchen and then goes on to offer stunning views of Sedona from the top of Brins Mesa.   Once on the mesa, the hikers follow the ridge around to look west toward Long Canyon and Boynton Canyon.  The trail provides one of the best views of Balanced Rock--completely visible in profile.  A large rock appears to be wobbling on a minute pedestal as it sits on a much larger rock.  One push, and poof! it looks as if it would come tumbling down.  At times the trail keeps close to the edge and at other times, it heads across an abundance of blooming cacti: claret cup and hedgehog.  The claret cup seems to flourish at this altitude of 5,000 ft.  The hikers admire an abundance of colorful blooms: Firecracker Penstemon, Feather Dalia, and Cooper's Gold to name a few.

The trail continues to loop around, all the while going mostly up but sometimes down.  By this time, the clouds have gathered, the wind has come up, and hikers are donning their windbreakers. At a rest stop, one knowledgeable Westerner gives lessons on a foolproof way to tie hiking shoes so that they don't come untied and yet are easily untied with a pull of the shoelace.  The day finishes with a steep downhill trek to rejoin Tea Cup Trail and the trailhead, but not before the Westerners are greeted by voices calling down from a much more elevated spot on the Sphinx.  The Dogies pause to look up on the Sphinx and to ask if those were people or trees on the very top.  From the shouts and greetings, it was clear that some energetic souls have scampered up and are calling down to fellow hikers. The Westerners return to the trailhead filled with the memory of landscapes traversed, cacti encountered, and friendship renewed.  Had the soldiers for whom the pass was named enjoyed the same landscapes some one hundred years before?

If you are interested in joining the club, visit the Sedona Westerners website or just come to one of our monthly eetings. The next one will be on Thursday November 10, 2016 at 7 pm at Saint John Vianney Parish, 180 St. John Vianney Lane in Sedona.

Sedona Westerners this week is written by Deborah Losse, appears every Friday in the Red Rock News.