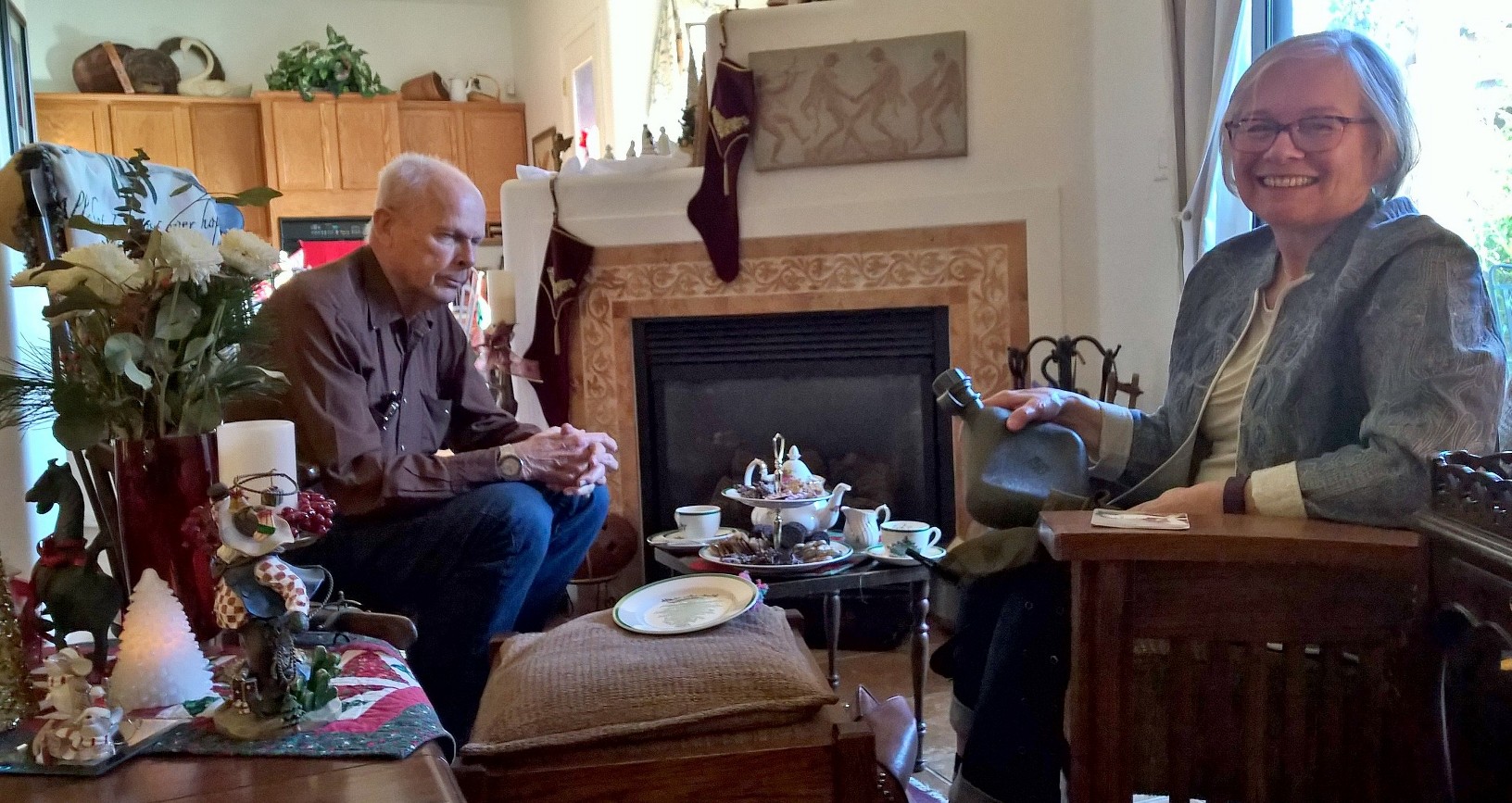 Keran O’Brien, now 85, joined the Sedona Westerners (SW’s) 28 years ago.  Some of Keran's memories are of a smaller club, about 100+ members with only one hike per week on alternating Saturdays and Sundays, a club so small that you knew all the members and the camaraderie was even stronger.

One of the many things Keran did was to keep records of all the trails he hiked, meticulously noting the length of each one.  In those days Keran used a pedometer which he calibrated of course, and his records may be more accurate than today’s measurements utilizing a GPS.

Back in the 90's, there were no cookies provided to the hikers by the leaders.  And I remember one hiker who just brought a can of soda.  Then in the middle of the hike would ask others for water.  After this happened a second time, I asked him to bring his own water.  A new safety rule was then implemented:  Everyone must carry enough water for the hike, generally 2-3 quarts depending on distance, elevation and weather.”

As for misadventures:  Nothing too serious thankfully, mostly because Keran came prepared and was well versed in how to use his compass, and later his GPS.  Though there are a few:

“On one hike, I I remember Harry Brown told me he had been stalked .by a mountain lion.  Once the mountain lion realized it had been spotted, it just disappeared.  Harry was more than a little rattled.  And one time Harry found a mountain lion carcass that, judging by the injury, had been kicked by a cow.  Harry came back to the same spot the next day, packed out the corpse out and buried it.  A year later he dug it up, hinged the skeleton together, and his wife Bernice donated it to the Museum of Northern Arizona after his death.”

No snake stories, but Keran remembers the time that Mick Siemeon reached up on a hand over hand climb, inadvertently putting his hand in a wasp’s nest.  You can imagine what happened next.  Fortunately for Mick, he wasn't allergic to wasp stings.

The Sedona Westerners were the Founding Fathers of the “Friends of the Forest”.  Before the “Friends of the Forest" were formed, the Westerners were asked to block off certain entries to the forest during periods when it was closed due to fire or danger of fire.  “I helped set up the emergency team and this system:  There was a list of Westerners along with their telephone numbers; a system where shifts were formed so that members would block off these entries for one shift, each day of the closure.  It was first used during what I think was called the Complex fire, where two fires had combined and the Forest had to be closed.  The closures were manned in pairs for safety.”

Long before many maintained trails existed, the Scouts would mark the trail with little piles of rocks we called ducks; one in sight of the next, so the hike leader arriving at one would see the next ahead and so proceed.  Where the “ducks” remained after a hike, Harry Herkenham would lag behind and knock the ducks over.  The name “ducks” was imported from the Sierra Club.  It was speculated that it might have been derived from the Latin word, dux, meaning leader.”

The most memorable experience was Norm Herkenham taking Keran under his wing.  They both came from the world of science and Keran found he could just be himself.  The two were both strong intellectually and he just fit right in.  Norm was a botanist and Park Ranger, Harry a retired engineer, and Keran a retired physicist.  Four years later and with some coaching from Norm, Keran O'Brien was elected Trail Boss.  And for those of you who don't know who the trail boss is, the Trail Boss is the equivalent of the President of the Club.  Keran still has the bolo, like that given to all Trail Bosses, and it was Len Ostorm's idea to inscribe on the back of the bolo, the Trail Boss' date of service, and in Keran's case it was 1992-93.

Keran still walks up to 3 miles every day weather permitting.

If you are interested in joining the club, visit the Sedona Westerners at www.sedonawesterners.org or just come to one of our monthly meetings. The next one will be on Thursday, February 9, 2017 at 7 p.m. at Saint John Vianney Parish, 180 St. John Vianney Lane in Sedona.