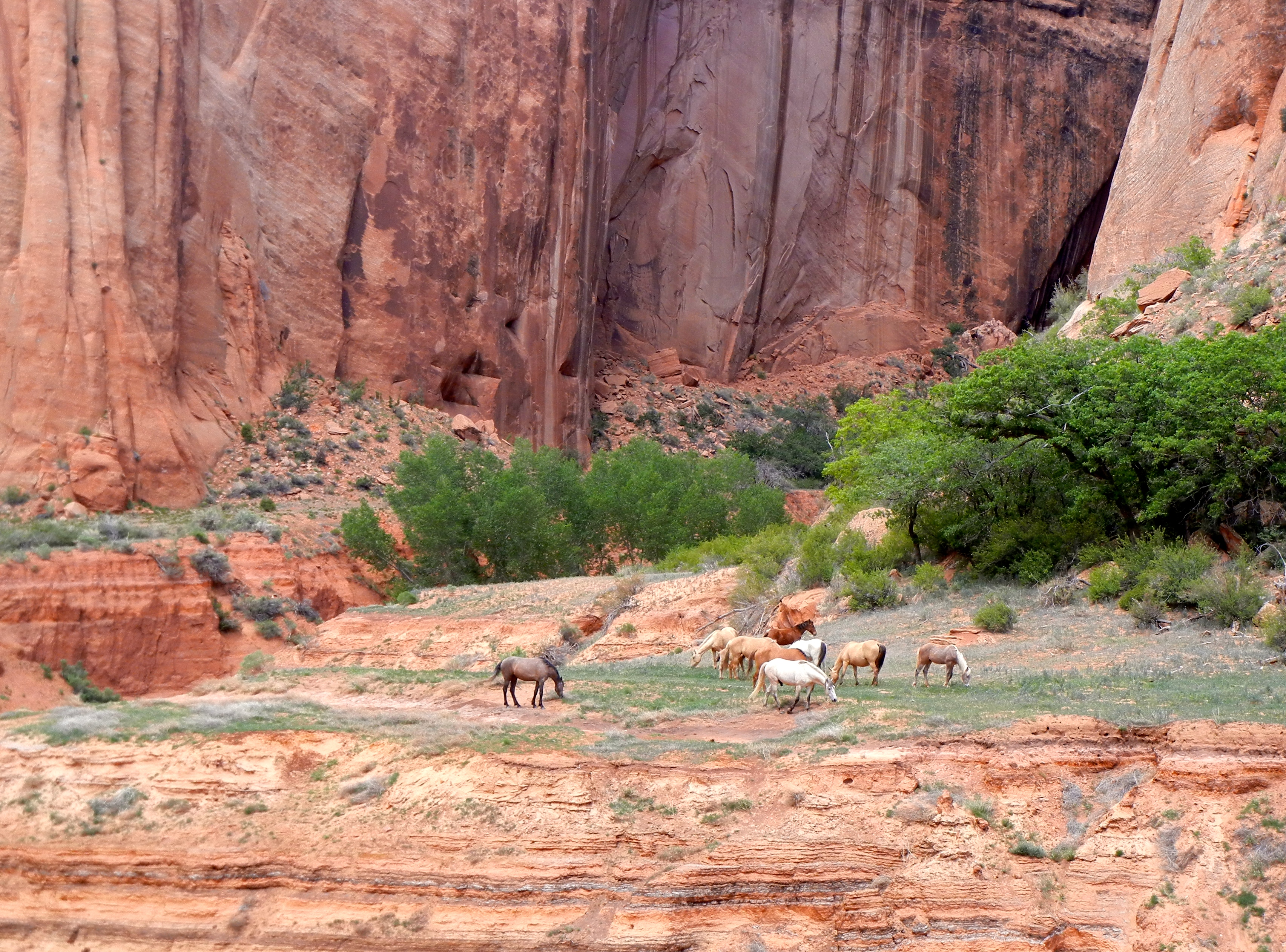 The Sedona Westerners’ official hike season starts at the beginning of September and ends around the middle of May. This opens up the late spring and summer months for members to continue hiking in informal groups. Around Memorial Day, several Sedona Westerners were inspired to hike the Navajo National Monument. Keet Seel, an Anasazi ruin, is located in Navajo National Monument and is considered by many experts to be one of the best-preserved ruins in the American Southwest.

Keet Seel hiking is limited to Memorial Day weekend till Labor Day weekend due to weather conditions and the park regulations. Part of the Navajo National Monument is on parkland and part is on Navajo land.

The seventeen-mile round trip hike to Keet Seel requires a permit reserved ahead of time and a maximum of ten hikers are allowed on one permit. Only two permits are allowed per day. Keet Seel, Kiet Siel or Kits’ iil (Navajo names) means “broken pottery.”

We opted to camp overnight in the beautiful camp area near the visitor’s center and to camp the following night near the ruin. The gorgeous Tsegi Canyon is visible during the first part of the hike. Then, a steep descent down into the canyon and you see why you are required to attend the mandatory orientation, as there are many side canyons to confuse the hiker. It is a stunningly beautiful wild canyon with numerous creek crossings, three waterfalls, and sand dunes. The sand dunes in particular can pose a challenge while hiking, think walking on a sandy beach. Tsegi Canyon today is home to Navajo families as well as numerous wild horses that roam the area. We were treated to wild horse sightings on our hike.

Park rangers Steve and his wife Diane were our guides at the ruin. They live in a hogan constructed by the National Park Service near the ruin and they usually spend the first week of the season, then new guides rotate in to fill out the season. It is a sort of reunion for them as Steve’s father and grandfather were among the original archaeologists at Keet Seel. There is a limit of five hikers at a time to see the ruin (every hour). Also hiking boots are not allowed in the ruin, so we gratefully put our hiking sandals on before seeing the site. The ruin is so well preserved that even evidence of ancient fire is seen. In addition to broken pottery sherds scattered all around, there are also some intact pots in the ruin. The site was inhabited circa 1250 AD, and at its peak, had 150 inhabitants.

The name the Hopi prefer to use for the site is Kawestima. The Hopi clans of the Fire, Flute and Bighorn Sheep inhabited this dwelling place. Our group enjoyed our tour and camped overnight near the ruin area. The campground is rather primitive with just two toilets and a few picnic tables. In order to fully enjoy the experience of hiking Tsegi Canyon, we hiked early in the morning to avoid what can be oppressive midday heat. There are numerous crossings of the creek on the hike. So, should you decide to go, count on your boots getting wet. It is a beautiful hike and we got the feeling of adventure and wilderness. There was even the challenge of navigating quicksand in some areas, so we just kept moving.  At the base of the steep ascent back out of the canyon, we paused to enjoy our additional drinking water that we had cached the day before. Then, a challenging climb up the cliff, and eventually we were back to our cars.

We all enjoyed a nice meal on the way home, complete with ice cream, and had lots of conversation about what we had experienced.

If you are interested in joining the club, visit the Sedona Westerners at sedonawesterners.org/membership.  We invite you to attend our monthly meetings:  next one will be on Thursday, April 6, 2017 at 7 p.m. at Saint John Vianney Parish, 180 St. John Vianney Lane in Sedona.