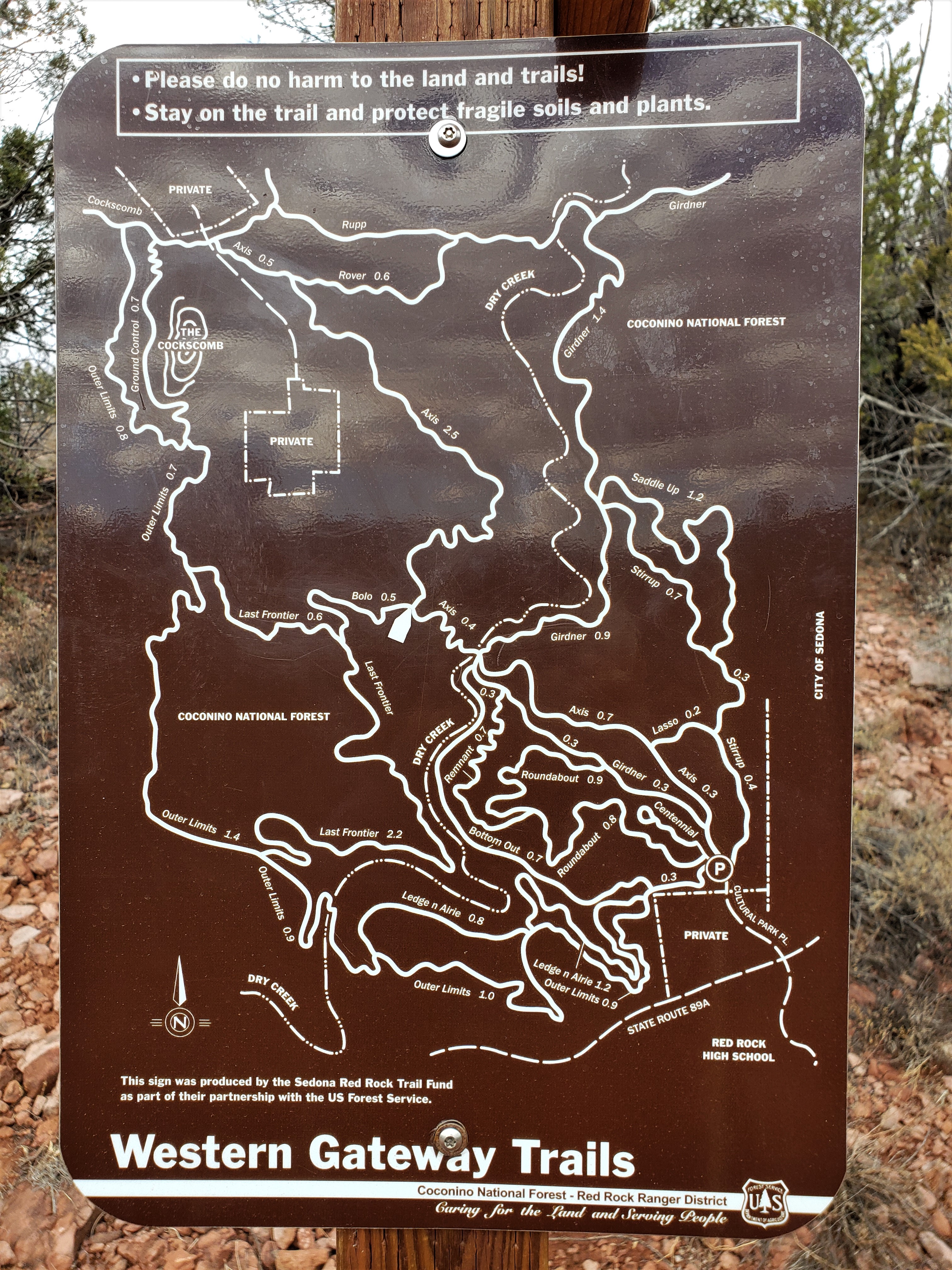 New Trail Signs Photo courtesy of Terri Petrescu The new sign above is typical of the signs being installed by the Forest Service around Sedona. The Sedona Westerners have donated much time and funds to support this very crucial Red Rock Trail Fund improvemen

The Sedona Westerners hiking club hikes have been on pause, just like many of life’s activities this year due to Covid. But that doesn’t mean that we have been shut down. Dave Minott, our Wagonboss, which is Vice President, has been able to draw from speakers from as far as the east coast for our presentations, since we are meeting over Zoom like many other organizations. In February, at out monthly meeting, we kicked off a fundraiser for the Red Rock Trail Fund.

I am proud to say that we raised a grand total of $6890 to date for the RRTF, and met all of the matching criteria. So thank you to our members and the anonymous donors for their generous donations. Many of the members chose to support the trail sign campaign. The new trail signs being used today are detailed, showing hiking trailheads, interconnections with other trails, and distances between segments. The trail kiosk has even more information and show the numerous trails that are available to hike, ride your horse, or bike (bikes are not allowed in Wilderness, and e-bikes are not allowed on Forest Service trails). The RRTF has been working with the Forest Service to provide these new trail signs and kiosks, and the Westerners are proud to support this effort.

On many a Westerner hike I’ve used these newer signs to plan a hike, as well as to orient the hikers to the hike that is being done. I tell many tourists that I encounter hiking to always take a picture of the trail sign when you start on a trail, as there is usually a spot that is the “you are here” mark. I’ve met a few hikers on the trail who asks, “Can you help me get back to my car?” and you know it is going to be a challenge when you ask where they started, and they look at you with a “deer in the headlights” look. These signs help avoid that when people pay attention to them!

Now to go down memory lane a bit. The Sedona Westerners is currently celebrating their 60th Anniversary! When they started they met in the town jail on Forest Road. They had 39 original members; you might recognize Schnebly, Thompson, and Purtyman names. The town blacksmith Carl Richards was a member and forged a ceremonial bell. Our party celebrating our 60th Anniversary is being postponed, like many other parties, due to Covid. When it is safe to do so, we will reinstate our tradition of a Spring and Fall picnic, and celebrate our Anniversary.

The Westerners started hiking activities in 1964 and held one hike a week. In 1965, there were only two official marked trails in the area. One was Wilson Mountain, which towers above town. The other was Harding Springs, which starts up Oak Creek Canyon. The Westerners worked with the Forest Service and helped create many of today’s trails. In 1985 the Westerners donated and helped install 45 metal signs at the trailheads. Look for these today on some of the trails that date back to the mid 1980’s. There were also a few special signs installed by the Westerners. If you were a Westerner, you might have been shown one of them when hiking Sterling Pass to Vultee Arch.