The Westerner Drovers try out their new mittens 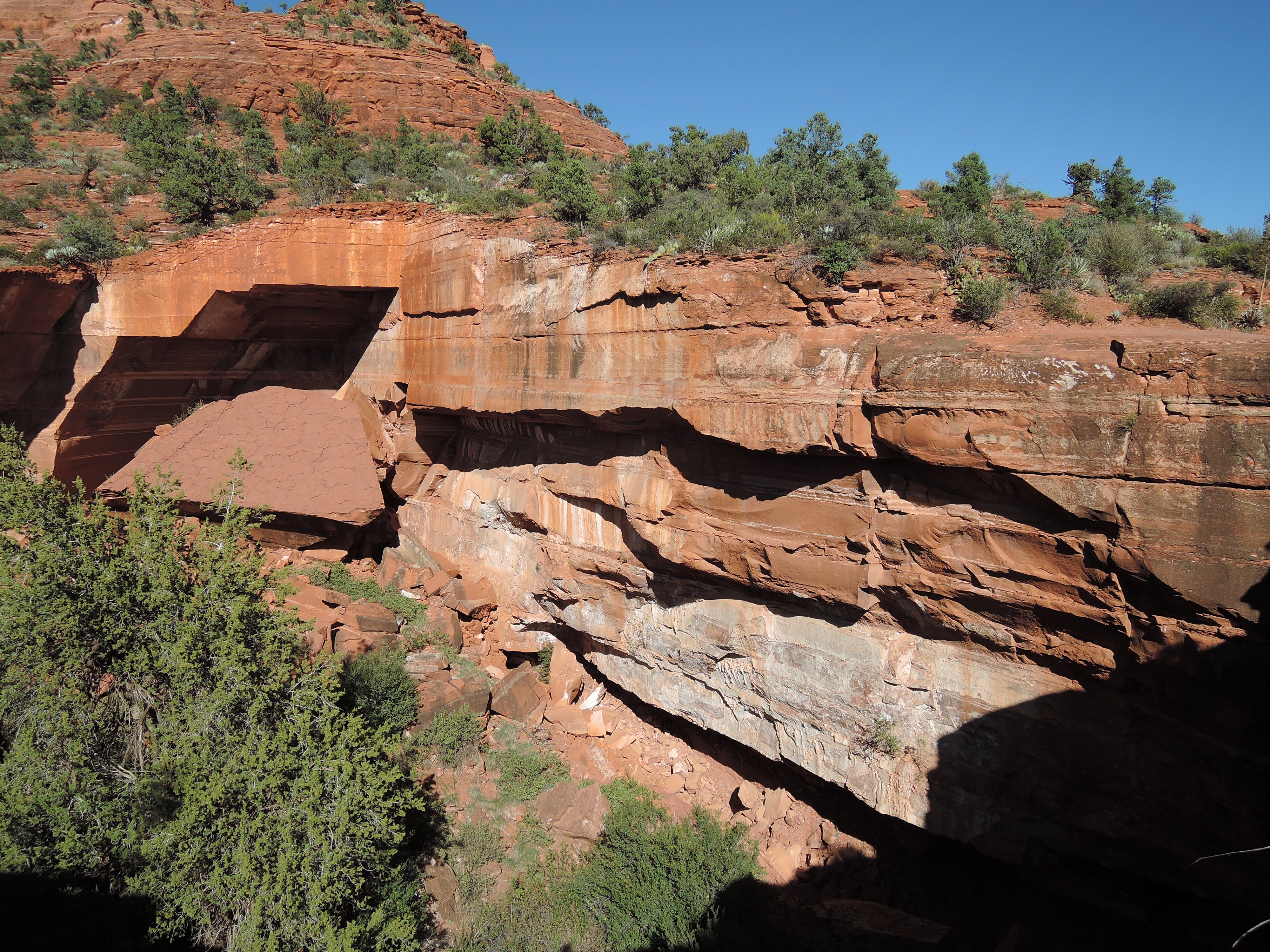 The Sedona area has many geological formations named after either local homesteaders or their apparent shapes. This slab of rock in Devilâs Kitchen is aptly named Grand Piano.

It’s not often you see mittens, sinkholes, and grand pianos all in one article.  The Westerner Drovers recently tried out a new version of their Cibola Mitten Loop hike.  Read on to see how all of these things fit together.

Given recent parking challenges, the Mustangs decided to begin their recent hike at the Jordan Trailhead.  Arriving early, there were plenty of spots for everyone.  We are blessed with many hard-working volunteers and hike leaders in the Westerners, but today we had two of the best, Jim Kemper and Tom Yager, lead our expedition.

After the usual reading of the rules and reviewing hiking safety and Covid protocols, we set off on the Cibola Pass Trail.  The steep climb out was a fast warm up for both our legs and lungs, but the weather was good and the sky was blue.  After a short bit we reached a good stopping point for clothing adjustments that had beautiful views of several vistas, including Steamboat, the Fin, the Sail, King and the 3 Queens, and the Brins Mesa Trail as it snaked its way up the valley to the ridge.

After a bit we joined with Jordan Trail and took it to one of the more unique geological formations of the area, Devil’s Kitchen.  We were not alone this day, as there were several Jeeps in the parking next to the sinkhole and numerous folks had come on foot to see the formation, or indention, as it may be.

Peering over the edge you can see about 200 feet down to the rubble pile.  Along the walls, there are caves and other overhangs.   Although it looks deep enough, the actual sinkhole supposedly goes another 800 feet down into the earth and goes through several rock layers. Looking towards the back of it, there is large broken off slab of rock that most folks call the Grand Piano because of its shape.

The Grand Piano fell in the fall of 1989, about the same time as the Loma Prieta earthquake that wreaked so much havoc in the San Francisco Bay area.  Although there is not an apparent direct link between the two events, the coincidence makes you wonder.

Leaving the viewpoint, and heading up Soldiers Pass Trail, we immediately crossed numerous fissures emanating from the side of the sinkhole.  Several of our veteran Westerner hikers on the trip this day, who have hiked the area for over 20 years, can remember these being just small cracks in the ground.  Now they are much, much larger.  Experts believe that there is still movement in the sinkhole and that parts of it will continue to decay and crumble over time.  It is not often that you get to see actual geological shifts occur in your lifetime.

So now on to the mittens. Once at the base of the Cibola Mittens, we were treated to a well- placed lunch spot with spectacular views of the area.  Whatever you eat, it always tastes better sitting on a rock looking at the vistas.

After lunch, heading back to our cars, we passed several unique formations like windows, amphitheaters, and even a little jaunt on a ledge that was intimidating at first, but once completed had you saying “Wow, I could do that!”  We were also treated to an up close and personal view of Brins Ridge.  That, however, would be the destination for another day.

Upon arriving at the cars, everyone agreed that Jim and Tom had created a wonderful adventure for us with the terrain, views, and different formations.  As hike leaders, they are expected to “scout” the trip for us ahead of time for safety, accessibility, and of course great views.  They truly hit a home run with this one.  But given the warm weather, we did not have to wear our mittens to see the Cibola Mittens!